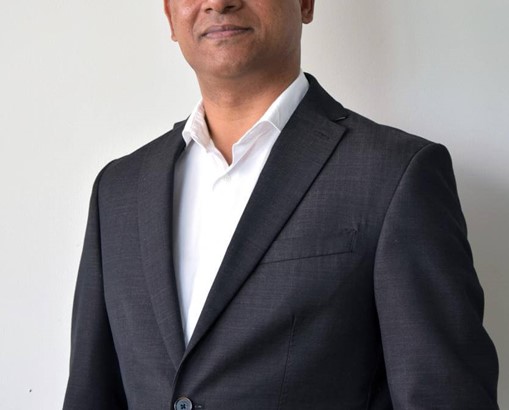 I was very privileged to be part of the nascent phase of the global business sector which was known as the offshore sector in those days and MITCO’s early growth stage which had started its business activities in 1993.

It all started back in late 1994 when I returned to Mauritius after completing my Bachelor of Commerce degree in Economics and Corporate Finance from the University of the Witwatersrand in Johannesburg, South Africa. Like all fresh graduates, I was bursting with ambition and enthusiasm to embrace a career in the financial services sector. In that period, there were 2 new economic pillars which had just emerged namely the Stock Exchange/ Stockbroking and the Offshore Sector. Obviously, both were unknown to me, but I had a ‘penchant’ for the offshore sector as it was the buzz of the moment.   Why? Couple of reasons - Offshore sector was a new ‘exotic’ sector of the economy just launched in 1992 and looked promising. Another influential factor was the career opportunity to work with Mr. K.C Li who was the founder of MITCO (which was known as LXL International Limited) and carried an impressive track record with a reputation already well established in the country in those days.

Little would I have ever imagined back then when I joined MITCO in April 1995 that I’ll be sharing my views in MITCO’s newsletter 23 years later!

The success story of MITCO

We all know the success story and growth of MITCO over the past 25 years and I’ll not delve too much on it. However, it would be good to highlight the key milestones probably not known to some staff of MITCO, especially the NEWGEN of MITCO!

Through this joint venture, MITCO has expanded its reach to the Asian and European markets.

The Mauritian global industry witnessed a phenomenal growth due to our most favourable double taxation treaty with India.

Through that network, MITCO has forged strategic alliance with service providers in other prime IFCS such as Hong Kong, Singapore. Dubai, Cyprus, Channel Islands, Luxembourg and Switzerland

Our strategy was to expand our jurisdictional and product offerings and the choice for Seychelles was based on its geographical proximity to Mauritius and to the fact that Seychelles was on the OECD whitelist.

MITCO ventured into the domestic arena to cater for foreign investors looking to invest into Mauritius.

From ‘humble beginnings, MITCO moved to greater heights that MITCO ended up “dans le Ciel” [in the sky] with CIEL Group.

Like all careers in the corporate world, there have been ups and downs in my career at MITCO but at the end of the day, the fact the MITCO was constantly undergoing positive dynamic changes, encouraged me to stay on board. Lots of people wonder how I have managed to work for the same organisation for 23 years! The fact that I started the journey with MITCO and I’ve grown with the company, it is in DNA. But above all, I have been very passionate about my job and I like what I do.

The future of MITCO

2018 and the next few years to come will be challenging for the global business industry in general and MITCO would not be immune to the new ecosystem which is emerging. Fortunately, MITCO has initiated a series of structural changes to consolidate our competitive advantage and transform the organisation. Without a doubt, the global business industry has now become very competitive but MITCO will continue to focus on its niche markets whilst exploring new markets. The global business sector is undergoing unprecedented changes. International crackdown on money laundering and tax evasion have led to the promulgation of a host of legislations and information exchange agreements. For instance, BEPS, FATCA and CRS have become effective. Transparency and exchange of information have become the norm. All these external factors will have an impact on the global business industry and business environment within which MITCO operates.

Our strategic objective will be to expand our jurisdictional and product offerings to cope with the demands of sophisticated tax and estate planning requirements of our international corporate and High Net Worth clients.

Africa represents a huge opportunity for Mauritius to consolidate its position as a key International Financial Services Centre and as a gateway to Africa acting as a bridge between Asia and Africa. Moreover, as part of the SADC and COMESA, Mauritius is the logical choice for the new emerging class of High Net Worth individuals as their leading Private Banking and Wealth Management jurisdiction.

Through this year’s Budgetary measures, Mauritius has embraced bold reforms which would consolidate its reputation as an IFC of substance and repute but there will be an adjustment period until a level playing field is established.

MITCO has the ambition to become a first-class corporate and trust service provider but the future of Mauritius and MITCO, will depend on how well and rapidly, can the policy makers, regulator and promotion agencies gear up their acts together to innovate with new products/legislations and devise effective roadshows and branding. By nature, I’m an optimistic person and I see a very bright future for MITCO over the years to come as the dust of changes settle down.